Cambodia has a plethora of attractions and activities available throughout all year, but in November each year, the Bon Om Touk or Water Festival, which shuts down the town and opens the rivers to a spectacular spectacle, is the absolute peak of festivals.

The festival lasts three days and is full of color and beauty, expressing the locals’ delight at the conclusion of the rainy season. The night boat contest is held during a large fiesta that is held in Phnom Penh (together with other cities).

What is the festival all about?

The Tonle Sap River reverses its path, which is celebrated at the water festival. It is remarkable that the river flows in opposite directions depending on the season during different periods of the year. The water celebration welcomes in the fishing season by ushering at the end of the rainy season. As a result, the festival serves as a time for locals to express gratitude to the river for providing fertile soil for cultivation.

Related: When is the best time to visit Cambodia? 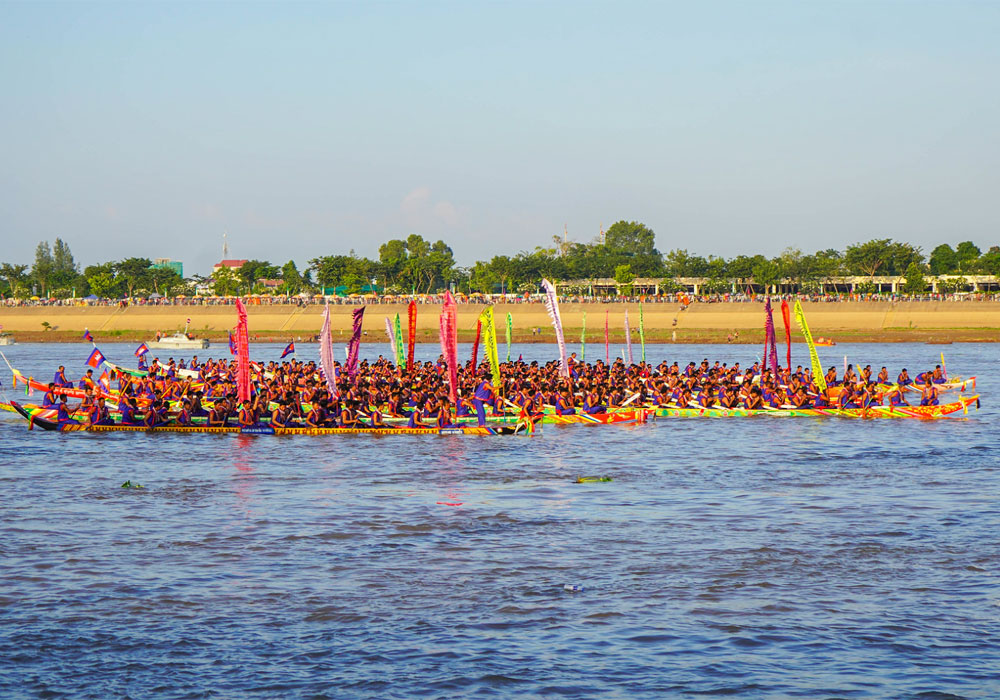 The event’s dates fluctuate every year and are crucial to the event’s success. The full moon, which occurs in October or November, is also commemorated at the water festival. This full moon coincides with the Buddhist festival of Kadeuk, which brings good fortune for the next crop. The primary event is boat racing, which takes place at all hours of the day and night. 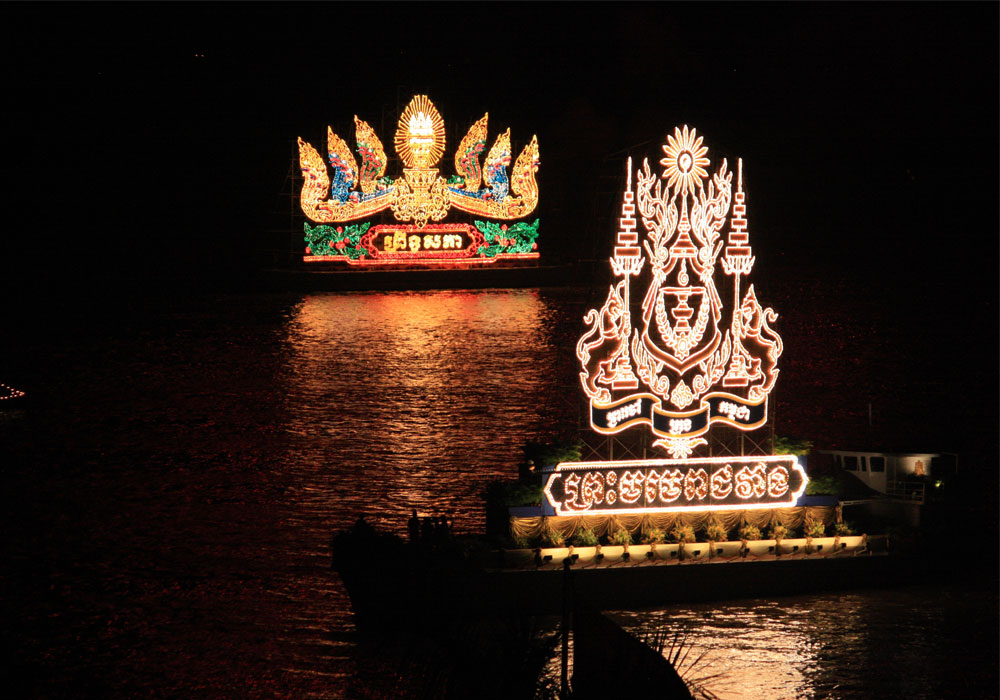 What to Expect During Water Festival

During the festival, they will celebrate boat racing, which takes place on the Tonle Sap River near Sisoway Quay in Phnom Penh, where the action and crowds are the most intense.

The boats are brilliantly adorned, elegantly crafted, and sit low on the water, evoking their historical beginnings. This is unsurprising, given a large number of team members on board, ranging from 40 to 100!

There are several races between two boats, with a winner crowned after days of competition. Locals and tourists alike are enjoying the outpouring of pleasure and laughter, all cheering on the racers. The water festival has a long history in Cambodian culture, and participants are happy to be a part of it. 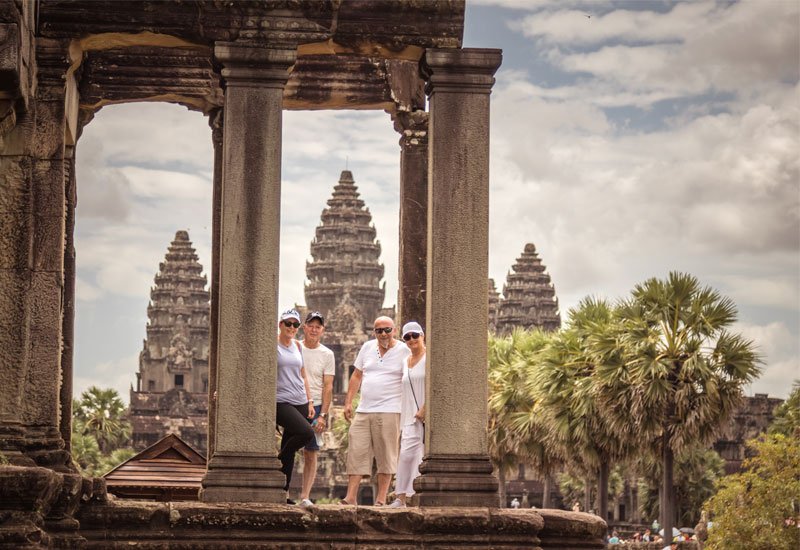 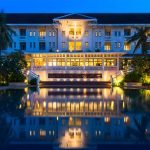