There are many places where you can explore beyond the main temples in Siem Reap such as mountain, river, hill, museum, etc. Moreover, a place like Kulen Mountain will bring you the most spiritual moment and the natural beauty peacefully with a grateful story behind. Not only you should know about Cambodia in a very prosperous time during the Khmer empire, but learning about what had happened to Cambodia nation in the 19th century is quite clear that Cambodian today is the consequence from that period. More importantly, you should never miss a chance to see the floating lifestyle on Tonle Sap Lake on the Southeast side of the Siem reap town that takes around an hour’s drive. It is so many things and landscapes to learn about, especially unique ways of life there is really interesting. As well as, you are the nature-loving on the northwest of the city called “Chong Kran Roy” is a thrilling spot for checking out the various water birds and waterfall on the mountain hill in the deep forest range remarkably. In order to reach some interesting spots, you have to experience a bumpy ride over badly rutted roads which is very adventurous. But it will be noteworthy for your lifetime experience like “Peung Tanorn” which is on the Northeastern hill range in Angkor Chum. There you can feel a true moment of the local lifestyle and best countryside views along the way, especially when you reach the on the topic of the hill excitingly.

Do not miss out to see these places, because you will get beautiful photos shooting at each spot you go and mindful capture natural scenery. 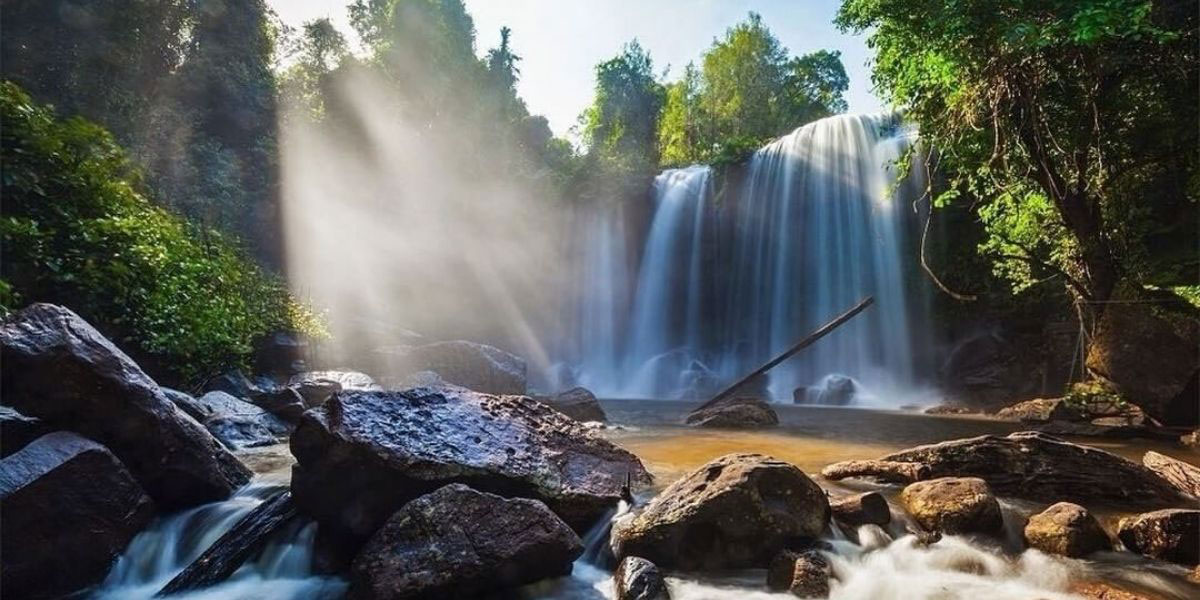 It is one of the popular destinations for tourists nationally and internationally. Phnom Kulen mountain range is located about 60 km northward from Angkor Wat which takes you around 1 hour and a half to reach there.  What makes this place so special is an important major symbolic of Cambodia as a birthplace of ancient “Khmer Empire”. Most of Cambodian believed and considered that is a holy mountain in Cambodia with its religious significance to Hindus and Buddhists combination who came to the mountain in pilgrimage. It is in a mountain range called “Phnom DongRek” which extending 40 kilometers long with its highest point is 487 m and its height is quite regular, averaging 400 meters all along with the range. There are places like Preah Angkor Thom (a big Buddhist statue), 1000 lingas, Chup Preah, and many more sensational spots for camping or doing meditating for peacefully moment, especially for trekking traits in that long jungle. It is a stream flowing into the mountain’s valley with those two main waterfalls over there that most locals love to go for showering. As this mountain is very holy and spiritual, you have to be careful to say something bad while you are in the forest (local belief). 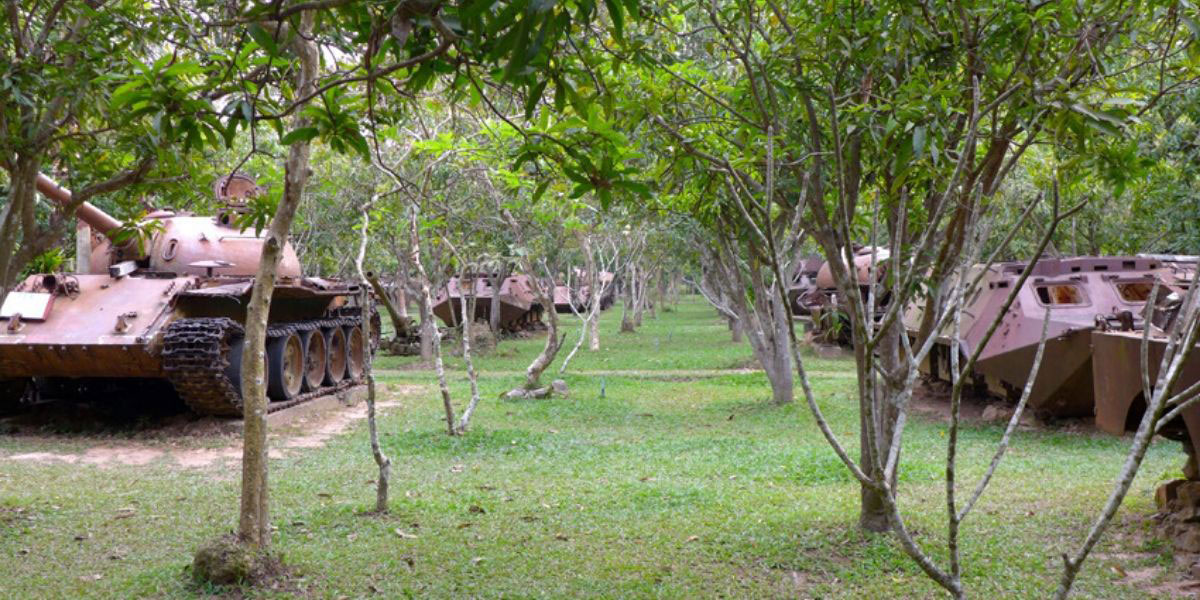 It is a simple spot to find, just go straight on national road 6 and turn right closer to Siem Reap Airport, just around 5oo meter that is War Museum Cambodia. It was originally settled in February 2001, and War Museum was built on more than 2 hectares of land which is not so far from Siem Reap center. However, it was facing a challenge to stay open in the face of mass desertion by tourists in-ordering around 2013 heavily.  The name of the museum was changed from Siem Reap War Museum into War Museum Cambodia later on. Again, a powerful small tornado on the 18th of May 2015 hit the museum and causing damaged in some parts, but over the years many improvements have been made then new visitor records were achieved. Around 2016, they started to renovate the whole museum and began to build a new landmine house in the back of the museum which was finally reopened in 2018. This Museum Cambodia has a unique collection of Chinese, U.S., and Soviet hardware.  Since 1999 the collection on display was gathered from where fighting took place (Anlong Veng, Siem Reap, Odor Meanchey) during the civil war, these war machines like the tank T-54, the jet fighter aircraft MiG-19, the helicopter Mil Mi-8 and the field artillery gun 85-mm divisional gun D-44 left over. This completely changes the perspective of how you look to Cambodia as a whole because something happened from the past left who we are today. 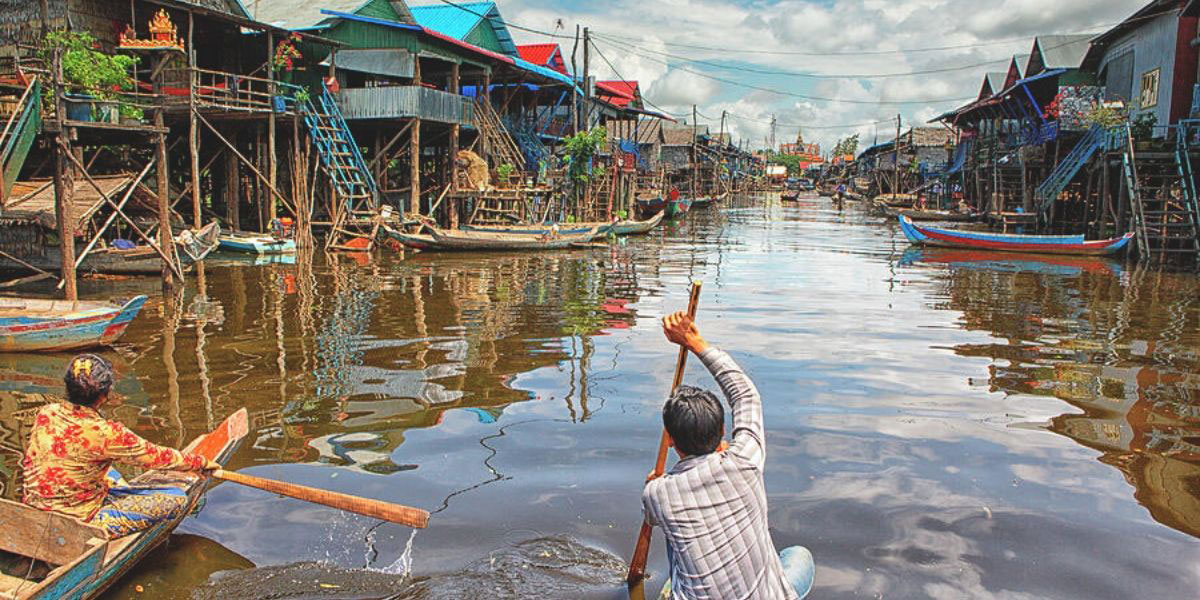 Just take around an hour by car or tuk-tuk straight away on the national road and a bit off. Be aware that during the dried season will be quite dusty along the way, but you will find it so worthy of this challenging. The amazement styles of the wooden house building up quite high to avoid getting flood in rainy season and safety. The community conservation to the floating forest around 6000 hectares beautifully in order to keep the growth of the forest and avoiding from the discourage login. As far as you are fascinated, almost every house you can find unless one type of fishing trapped hanging on the house’s wall or under the house’s pillar. Particularly, life like this, people have to adapt to how they grow some plants for daily needs for cooking or other consuming. Despite this, people are absorbed in consuming the local products like fish paste, fermented and salty which is like the spare foods during the dried season come when there are not many fishes in the lake occasionally. Another unique sort is dried shrimp which is also one of the main productions of the lake. If you hop on a jeep tour company with a local guide, you will show you around on the edge of your sear to experience local activities and foods over there as well. Visiting there will bring you an intoxicated of how you admire those lives around you with unforgettable experiences. 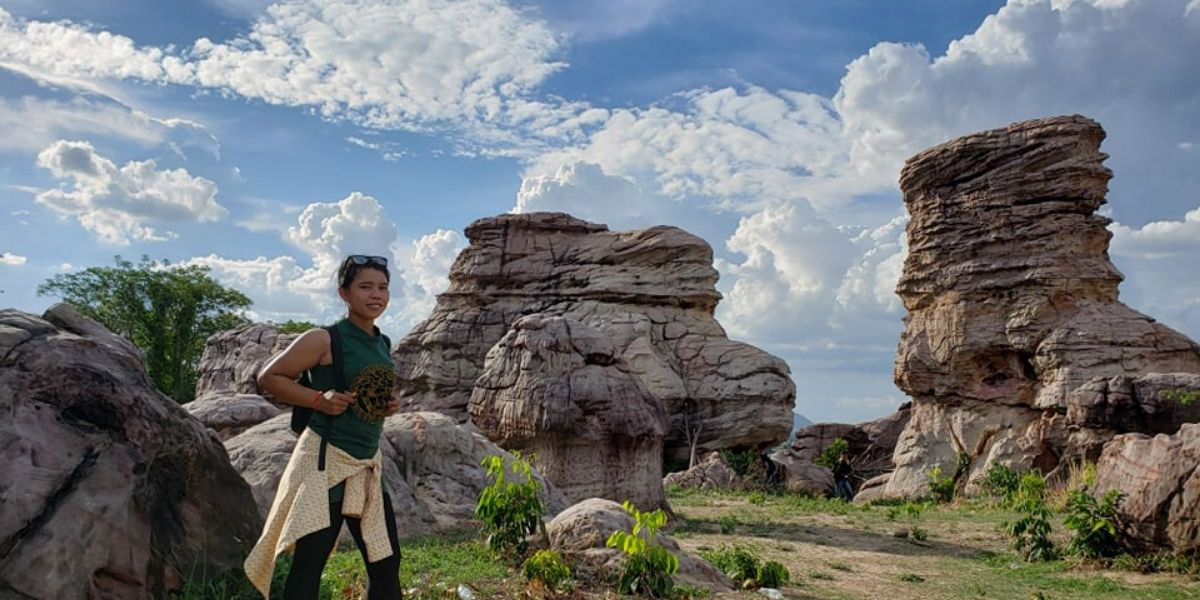 It is located 60 km in the northeastern hill range of Angkor Chum in Kok Dong Village in Siem Reap, and Peung Tanorn’ or ‘Perng Tanorn lies a beautiful natural wonder but relatively unknown. It is sited on top of a series of hills with massive sandstone formations scattered around the site at first glance, especially you may think it is at Arches National Park in Utah because of its geological features. The highlighted in striking background of the lush fields and scenic views of the countryside with its features heavily mixture rocks of different sizes and colors and balanced rocks dotted over the hills. Taking adventure to reach there, will give you an experience of a bumpy ride over badly rutted roads, more than that you spend around two hours there to get to see the sandstone sites. However, please keep in mind that be ready to be amazed by routes to the Peong Tanorn Sandstone Pillar site as you will get a sight of the ‘real Cambodia’. Expanding green rice paddy fields, locals biking through the small paths, Khmer houses traditionally in rural villages with densely grown palm trees, children play along the sides, walking the cows and buffalos for the grasses which will add up to the experiences. 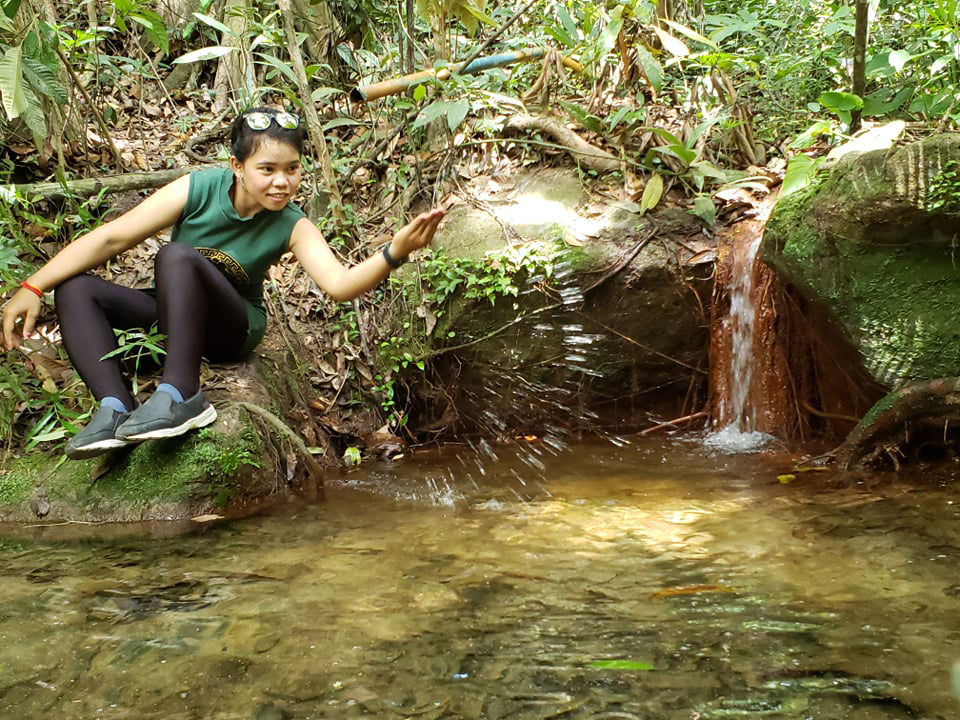 It is one of the last remaining evergreen forests in Siem Reap province. It is located about 70km northwest of the city with protected by the community and local authorities with its ecotour is managed by people from the local village, with camping and trekking into the conservative forest. You may probably be staying overnight in a tent surrounded by forest areas and close to a waterfall in order to escape the crowd from the town. This will bring you a truly wonderful experience of the natural world and taking a chance to enjoy bird watching along the forest paths and bird home. Visiting there is part of preserving the potential natural wildlife including birds, mammals, butterflies, and the forest itself. By showering on that water flow from the mountain which most the locals believe in the holy water that blessing to anyone who prays for happiness and luck.