Preah Vihear temple – the mother of all mountain temples, stands majestically in the Dangrek Mountains, forming a controversial border post between Cambodia and Thailand. The foundation stones of the temple extend to the edge of the cliff that falls into the plains, the views of northern Cambodia are amazing.

This remarkable temple is well preserved and registered on the Unesco World Heritage List. A must see in Cambodia for travelers who love history, culture and ancient stones. 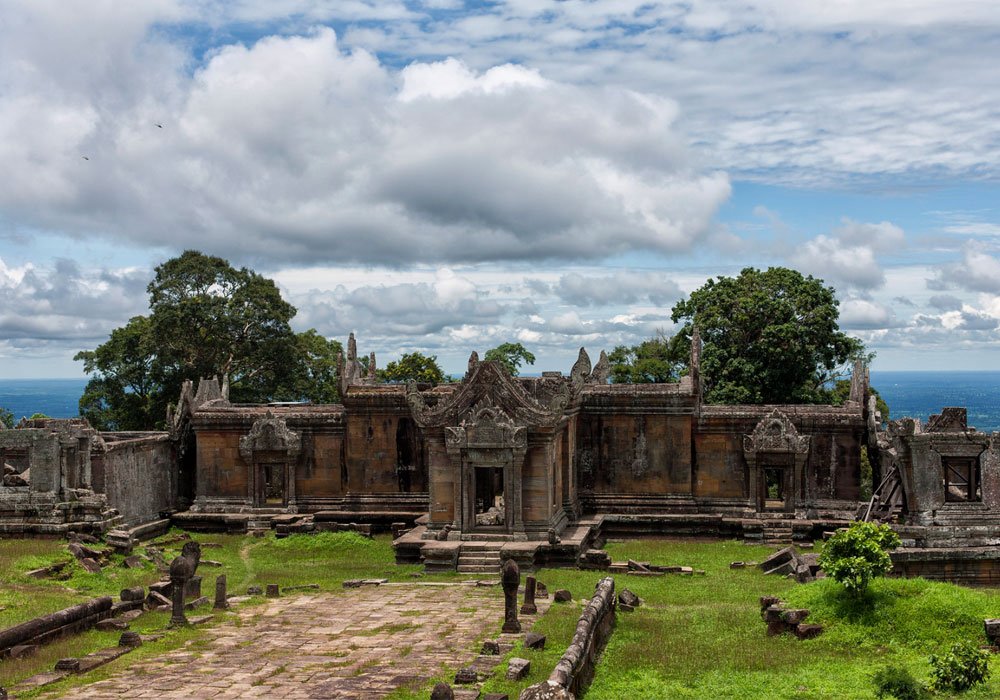 The 4 reason you should visit Preah Vihear Temple 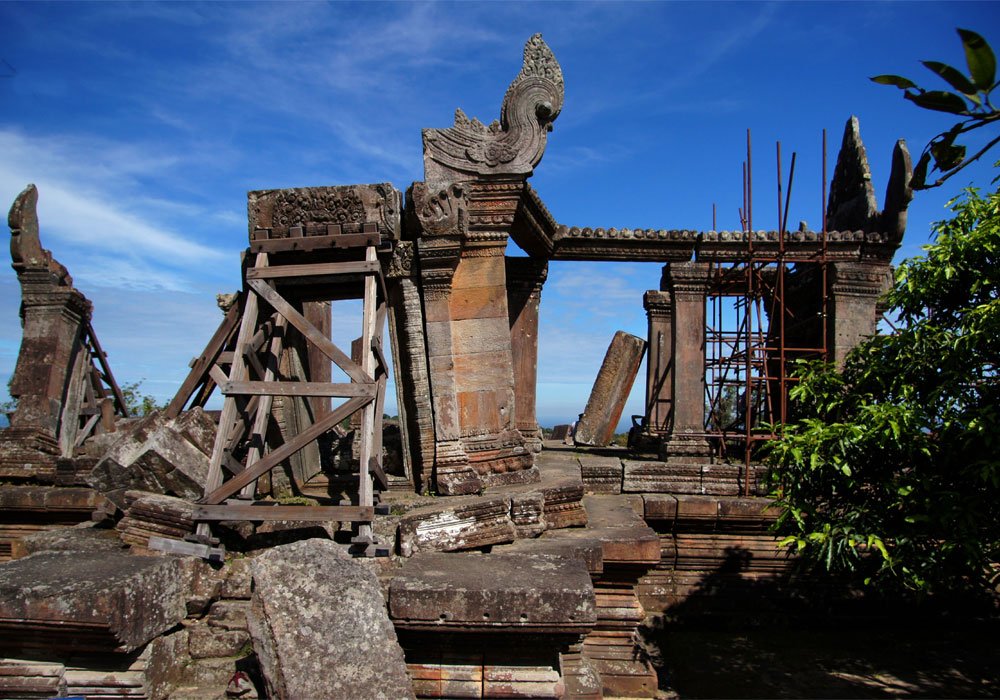 History of the Preah Vihear temple

Preah Vihear Temple has enjoyed uninterrupted royal interest for more than four centuries (9th to 12th centuries). The earliest constructions at the Preah Vihear site date back to the 9th century and were led by Prince Indrâyadha, son of Jayavarman II. If some think that Prince Indrâyadha wanted to follow the work of his father Jayavarman II, generally considered the founder of the kingdom of Angkor, this is not the case, as Prince Indrâyadha was motivated by the commands of the Hindu god Shiva. He was the dominant figure in Khmer Hinduism, as kings long considered him the supreme protector of their empire.

The Indrâyadha building was certainly originally a simple and modest wooden structure and some engraved elements of a lingam brought from Vat Phou in Laos bear witness to the existence of a hermitage at that time.

Construction of the Preah Vihear site continued between the 10th and 13th centuries. First during the reign of Yasovarman I, whose oldest part still remains visible as elements of the Banteay Srei style, this elegant pink sandstone temple is a magnificent state of preservation located in the archaeological site of Angkor. Most of the temple dates from the reigns of Suryavarman I (1002-1050) and Suryavarman II (1113-1150). Stylized representation of “Mount Kailash”, home of the god Siva to whom the temple is dedicated, Preah Vihear became a place of worship and pilgrimage for kings and their subjects. While Hinduism was in decline in the late 13th century, Theravāda Buddhism took over the entire kingdom and the temple was converted and dedicated to Theravada Buddhism.

Perched atop the rugged Pey Tadi cliff in the Dangrek mountain range, the site is difficult to access and was for centuries a very important monastery and pilgrimage site in Cambodia. A site so difficult to access that it was one of the last to fall into the hands of the Khmer Rouge. 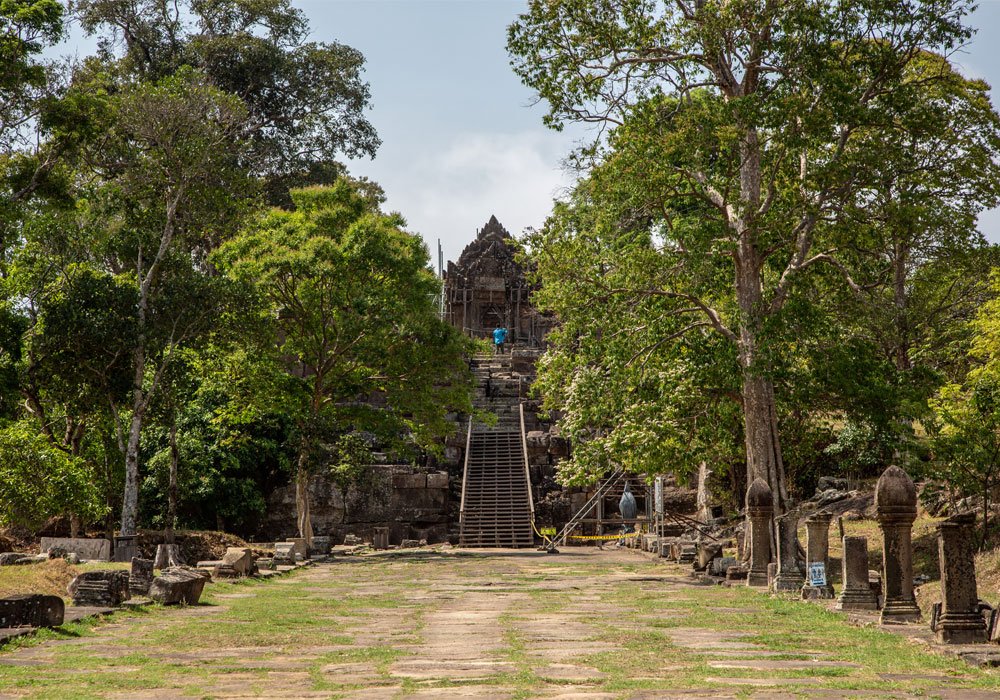 Unlike other Khmer temples, Preah Vihear is built on a north-south axis that distinguishes it from conventional rectangular planes facing east. The architecture of the Preah Vihear temple is of a peculiar originality of Khmer architecture, which makes it a rare work.

The temple is accessed by two monumental stairways, one from the east and the other from the north.

Therefore, the temple has an east-west and north-south orientation. To the north, the monumental 54-meter staircase consists of 159 steps that lead to a 25-meter-long causeway, flanked by massive naga balustrades.

What most surprises visitors are the architectural settings. The most complete decorations appear in the gopura, richly decorated monumental towers. Generally in excellent condition, they have remained clearly visible. The composition of the reliefs, especially in the lintels, columns and pilasters, is varied, complex and meticulous and they represent gods such as Shiva, Visnu, Indra and Krishna. Preah Vihear’s sculptures obey the rule of absolute symmetry. They are surprisingly fine, with confident lines and thousands of attention-grabbing details. The proportions and the modeling of the characters are very harmonious. 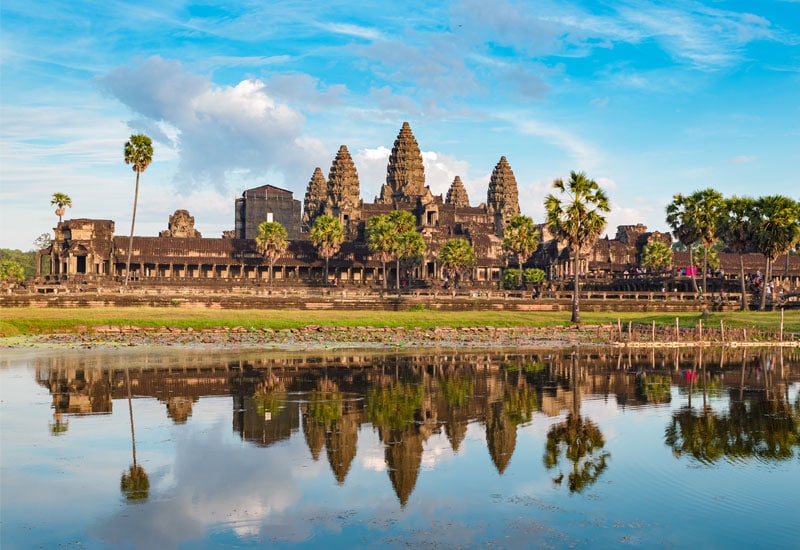 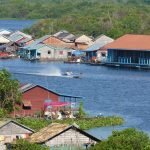 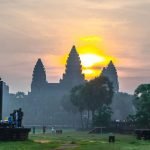 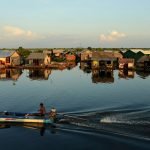 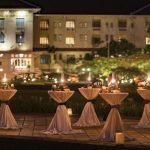